The Iyengar Yoga Centre of Hong Kong (IYCHK) teaches Yoga to all levels of students. 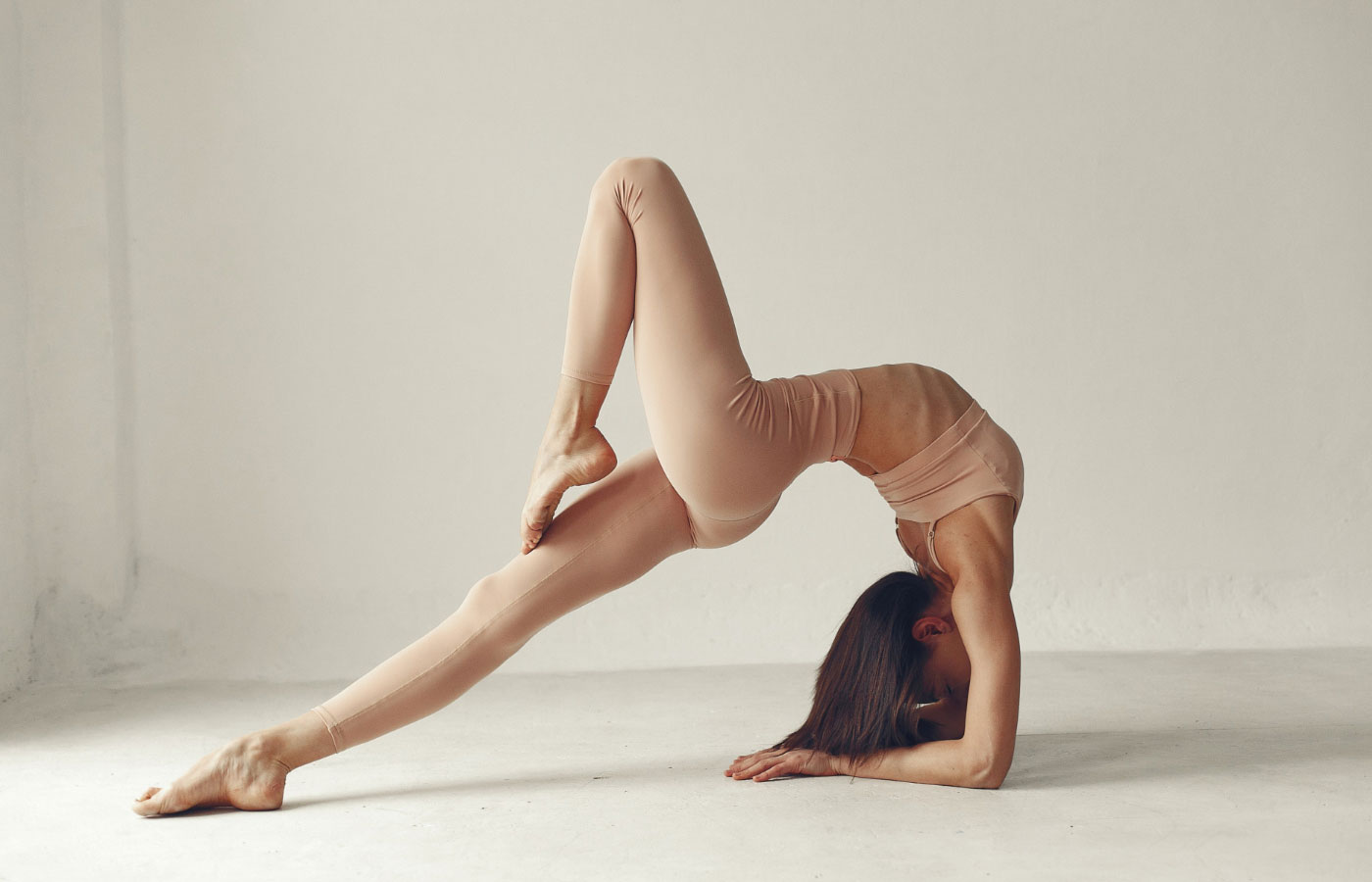 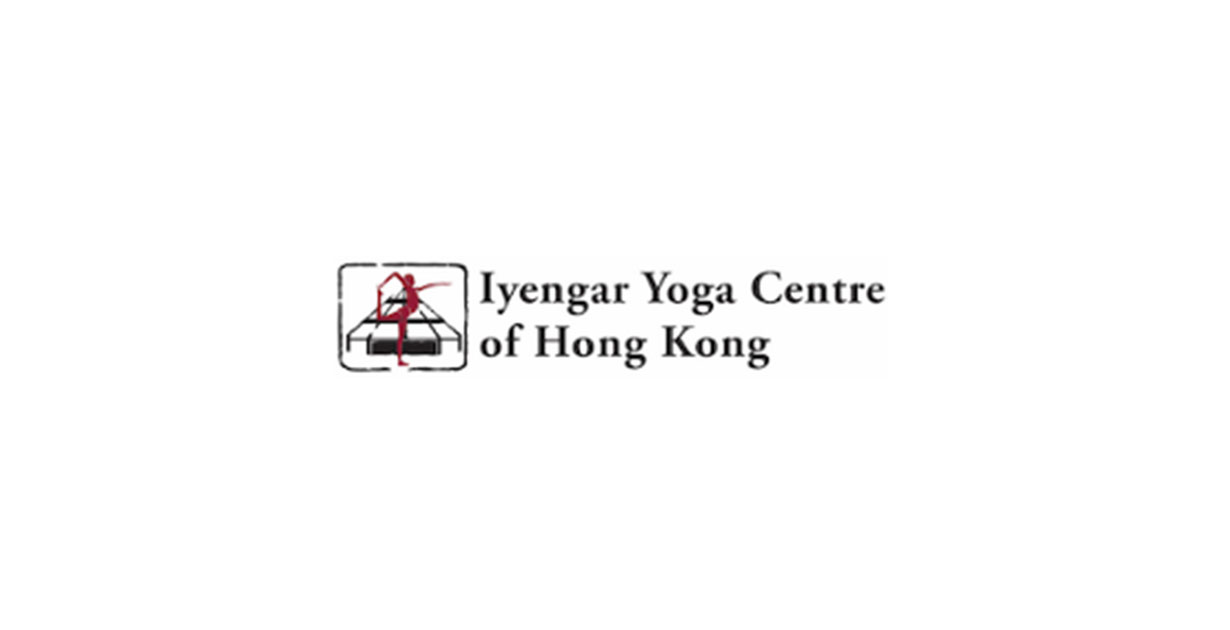 The Iyengar Yoga Centre of Hong Kong (IYCHK) teaches Yoga to all levels of students.

Though our physical premises are located in Hong Kong, with online class options, our classes are accessible to anyone from around the world.

The centre offers a way of learning Yoga that is both structured and comprehensive. Classes are graded so that the learning is safe and progressive.

For beginners, we offer a tailored course that is limited to a small number of students. Beginners are taught the fundamental postures, actions and movements which form the foundation for a safe progression in the subject.

Once a firm foundation is developed students progress to more challenging work. The progressive nature of the Iyengar system is also what makes it profound as a tool for transforming oneself. Through the progression of your learning and practice you develop new skills, break habitual patterns and learn how to face challenges with intelligence and equanimity.

In the process of learning Yoga, you learn a lot about yourself.

The Iyengar Yoga Centre of Hong Kong also offers classes to address specific needs. These include Yoga For A Healthy Back, Restorative Yoga (for reducing stress and fatigue), and classes to improve knee strength and mobility. We offer Pranayama classes, where students who have been learning yoga for some time, can learn about the subtle aspects of the energetic body, through practices and techniques involving the breath.

Although learning Iyengar Yoga starts with the asana (the physical postures), the practice incorporates the breath, the mind and yoga philosophy throughout each class.

A class typically begins with sitting to develop a meditative quiet state and to establish a greater sense of awareness and attention. This lays the foundation for the rest of the class. Classes end with postures for rest and recuperation — which is much needed in our modern fast paced world.

The system of Iyengar Yoga is based on the methods of the yoga master Yogacharya B.K.S. Iyengar (1918 – 2014). B.K.S. Iyengar was considered one of the foremost yoga teachers in the world.

His teaching and methods have not only been adopted by thousands of his own students, but have also influenced other contemporary schools and even other modalities.

The Yoga Journal publication, said that Iyengar played “perhaps the most significant role of anyone in bringing hatha yoga to the West. It’s hard to imagine how our yoga would look without Iyengar’s contributions, especially his precisely detailed, systematic articulation of each asana, his research into therapeutic applications, and his multi-tiered, rigorous training system which has produced so many influential teachers. [Source:Fernando Pagés Ruiz, Yoga Journal, August 29, 2007]

IN 2004 Time magazine named BKS Iyengar one of the 100 most influential people in the world, shortly after the word “Iyengar” made it into the Oxford English Dictionary.

Mr. Iyengar devoted his life to learning and understanding Yoga. He continued his daily yoga practice, he taught and met with his students up until shortly before his death at 96.

Iyengar Yoga is grounded in the traditional eight limbs of yoga delineated by the sage, Patanjali in the 2500 year old text called “Yoga Sutras”. Mr. Iyengar believed that yoga goes beyond being a physical discipline – it is also an art, a science, and a philosophy.

Iyengar Yoga is famously known for the innovative use of props (equipment) in the practice of asana (postures) and pranayama (breathing exercises).

The props have a variety of uses. The props can improve the alignment of the body in a posture, they may support the body when it is tired. Sometimes the props are used to make a movement more challenging so that the students develops strength and awareness in a weaker or dull part of the body.

In Iyengar Yoga the practice of postures is balanced to ensure that benefits are derived for all facets of the embodiment: joints, muscles, organic body, psychological body.

For several reasons Iyengar Yoga is highly adaptable to the needs of the students.

For one, Iyengar yoga teachers have deep knowledge of how the postures work, and a detailed knowledge of the workings of the human body. Secondly, Iyengar yoga teachers are trained in how to modify the postures for different students — students of different proportions, of different age, for stiffer students, for more flexible students, for students with injuries, and for students with health conditions. In particular, the use of props in the Iyengar system makes the practice adaptable and customisable.

B.K.S Iyengar’s classic book “Light on Yoga” has sold more than 3 million copies, and has been translated into 17 languages. He has also authored several other books on Yoga considered as authoritative texts.

The Iyengar Yoga assessment and certification process is highly rigorous. A potential teacher must first be a student of Yoga for many years. Then, when they have a thorough grounding and subjective experience of being a student of Yoga, they undergo training with a senior Iyengar yoga teacher.

A typical training period involves a period of apprenticeship in excess of three years which includes theoretical and practical study. The apprenticeship method ensures that the upcoming teacher is not only learning the theoretical aspects of Yoga, but also, in the process of assisting the senior teacher, they develop the necessary skills to be an effective teacher. These include skills of observation, adjustment of students and clear and concise communication.

The potential teacher undergoes an assessment process from an impartial and independent panel of assessors. If they pass the assessment, they become a certified Iyengar Yoga teacher. When a certified teacher has passed their assessment they are permitted to describe their method of instruction as Iyengar Yoga.

An Iyengar Yoga teacher maintains their own practice and continues to learn from senior teachers in the system. With further mentorship, study and assessments, higher levels of certification and responsibility are conferred.

The History of Iyengar Yoga in Hong Kong

The Iyengar Yoga Centre of Hong Kong (IYCHK) was established in 1999 by Linda Shevloff.

It was one of the first yoga centres in Hong Kong and originally named “The Celestial Wishing Tree”. Later, Yogacharya B.K.S. Iyengar gave specific authorisation to the centre to bear his name and it was then that the centre was renamed “The Iyengar Yoga Centre of Hong Kong”. In 2010, George Dovas took over the running of the centre from Linda Shevloff. George undertook his teacher training through the centre with Linda as his mentor. He had been a student of the centre, to later becoming a teacher, and to later being the director of the centre when Linda and her husband left Hong Kong to return to their home in Canada.

Particularly momentous for the Hong Kong students was a visit by Yogacharya B.K.S. Iyengar in 2011. BKS Iyengar visited IYCHK en route to China to teach at the first China-India Yoga Summit. Yoga students in Hong Kong were thrilled to welcome BKS Iyengar to the centre where he answered questions from the students on a diverse range of topics.

Iyengar Yoga teachers in Hong Kong belong to the Iyengar Yoga Association of Hong Kong. They work together to maintain a current, vital connection with the teachings of BKS Iyengar. They regularly attend workshops with senior teachers. Teachers will travel to Pune, India to study at the “headquarters” of Iyengar Yoga, the Ramamani Iyengar Memorial Yoga Institute (RIMYI).

Iyengar Yoga requires your full attention and discipline – it is meditation in action.